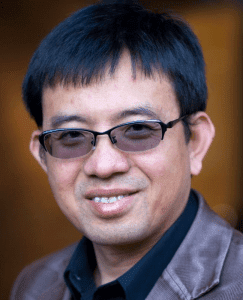 Bosco Tjan: A Mentor’s Perspective on Ideal Observers and an Ideal Student

I will share my perspective on Bosco’s early history in vision science, focusing on his interest in the theoretical framework of ideal observers. I will discuss examples from his work on 3D object recognition, letter recognition and reading.

Bosco Tjan: The Contributions to Our Understanding of Higher Level Vision Made by an Engineer in Psychologist’s Clothing

Bosco maintained a long-standing interest in shape recognition. In an extensive series of collaborations, he provided invaluable input and guidance to research: a) assessing the nature of the representation of faces, b) applying ideal observer and reverse correlation methodologies to understanding face recognition, c) exploring what the defining operations for the localization of LOC, the region critical for shape recognition, were actually reflecting, and d) key contributions to the design and functioning of USC’s Dornsife Imaging Center for Cognitive Neuroscience.

Bosco was fascinated with the phenomenon of visual crowding – our striking inability to recognize objects in clutter, especially in the peripheral visual fields. Bosco realized that the study of crowding provided an unique window into the study of object recognition, since crowding represents a “natural breakdown” of the object recognition system that we otherwise take for granted. I will talk about a parsimonious theory that Bosco & I had proposed and which aimed to unify several disparate aspects of crowding within a common framework.

Bosco was both a brilliant vision scientist and a creative methodologist. Through his work using fMRI to study visual processing, he became interested in how we could apply our limited understanding of the fMRI signal to better understand our experimental results. I will discuss a model that Bosco and I developed to simulate fMRI in V1, which aims to distinguish neural from non-neural contributions to fMRI results in studies of visual perception.

We investigated fMRI BOLD responses in random-dot motion direction discrimination, in both event-related and blocked designs. Behaviorally, we obtained the expected psychometric functions as the angular difference between the motion direction and reference direction was systematically varied. Surprisingly, however, we found little BOLD modulation in the visual cortex as the task demand varied. (In collaboration with Bosco Tjan, Ren Na, Taiyong Bi, and Fang Fang)

Bosco was not a clinician, yet, he had a strong interest in translating his knowledge and skills in basic science to issues that relate to people with impaired vision. I will present some of my collaboration work with Bosco that had shed light on how the brain adapts to vision loss in patients with macular disease.