The Vision Sciences Society is honored to present Timothy Brady with the 2020 Young Investigator Award.

The Young Investigator Award is an award given to an early stage researcher who has already made a significant contribution to our field. The award is sponsored by Elsevier, and the awardee is invited to submit a review paper to Vision Research highlighting this contribution. 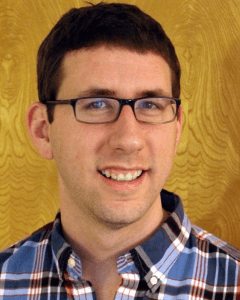 The 2020 Elsevier/VSS Young Investigator Award goes to Professor Timothy Brady for his fundamental contributions to the scientific study of visual memory. Tim Brady is an Assistant Professor at the Department of Psychology, UCSD. After completing his undergraduate degree in Cognitive Science at Yale University, Prof Brady did his PhD with Aude Oliva at MIT and then post-doctoral research with George Alvarez at Harvard University.

Prof Brady uses a combination of behavioral methods, cognitive neuroscience techniques and computational modelling to probe representations in the visual system and the processes by which visual information is encoded in working memory and integrated into long-term
storage. He has made numerous surprising discoveries about the extreme fidelity and detail of visual long-term memories for objects and scenes, and has demonstrated how statistical learning and ensemble encoding of features facilitates the maintenance and storage of complex stimuli like natural scenes. Prof Brady’s work has helped broaden the study of working memory to include richer, more naturalistic stimuli, and repeatedly challenged long-standing assumptions about the nature of visual representations. In a series of highly-cited studies he has shown how remembered objects are stored as groups of distinct parts that can be independently forgotten, and that when multiple items must be remembered, the brain computes summary statistics across the group. Prof Brady is not only a gifted and productive experimentalist—he has also made substantial contributions to the theoretical understanding of visual memory representations through computational modelling, as well as providing numerous useful tools for the community.

The nature of visual memory

In the real world, objects are discrete physical entities – your coffee mug either is or is not in your hand. As a result, both in everyday life and in memory research, there is a tendency to use a physical metaphor to understand memory: people tend to think of an object they are trying to remember as either in mind or not in their mind, and to say that we hold items in mind, as we hold real objects in our hand. This metaphor serves as a core mental model used in most conceptions of memory: all-or-none, discrete, and functioning at the level of entire objects or other discrete representations or chunks. In this brief talk, I’ll argue for a new way of thinking about memory that strongly contrasts with this common and intuitive view. I’ll show that individuated items are far from the only kind of representation people form, and that it is necessary to consider interactions among an entire hierarchy of representations (from semantic knowledge to ensemble information, chunks and items) to understand memory even for a single item. Next, I’ll show that memory representations, even for single items, are population-based and continuous in strength. Altogether, I’ll argue that even for those interested in cognition, analogies from neuroscience — with population codes, hierarchical representations and noisy signals — best allow us to understand memory limits, rather than physical analogies about discrete items.

The 2020 Young Investigator Awards
are sponsored by