The Vision Sciences Society is honored to present Dr. Marlene Behrmann with the 2020 Davida Teller Award 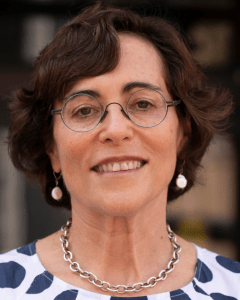 University Professor of Psychology and Neuroscience, Carnegie Mellon University
Marlene Behrmann received her B.A. in Speech and Hearing Therapy in 1981, followed by her M.A. in Speech Pathology in 1984, both from the University of Witwatersrand in Johannesburg, South Africa. She then obtained a Ph.D. in Psychology from the University of Toronto in 1991. She was a Research Scientist at the Rotman Research Institute in Toronto before moving to Carnegie Mellon University in 1993, where she is currently a University Professor of Psychology and Neuroscience. Dr. Behrmann was elected a member of the Society for Experimental Psychologists in 2008, inducted into the National Academy of Sciences in 2015, and into the American Academy of Arts and Sciences in 2019. Her prior recognitions include the Presidential Early Career in Science and Engineering and the Fred Kavli Distinguished Career Contributions in Cognitive Neurosciences Award.

Dr. Behrmann is a trailblazer and a world leader in the field of visual cognition. Her work represents the best of cognitive neuroscience, seamlessly blending insights gained from neuropsychology, modeling, cutting-edge functional and structural brain imaging, and behavioral experiments. She has made major contributions across a wide range of topics, including attention, the neural basis of autism, specialization between hemispheres in the brain, face recognition and disorders of face recognition, visual object recognition, word recognition, and visual imagery. Dr. Behrman’s work is characterized by her remarkable ability to examine an issue rigorously from many vantage points, and from there to develop, test, and refine theories of how a given behavior arises from the underlying brain function. In addition, she has an exceptional record of mentorship throughout her career in promoting and supporting students at all stages. Dr. Behrmann embodies the characteristics that we so admired in Davida Teller, and it is with pride that the Society recognizes her accomplishments through the Davida Teller Award.

Dr. Behrmann will speak during the Awards session,
Saturday, May 22, 2021, 4:30 – 5:30 pm EDT.
Despite the overall similarity in structure, the two hemispheres of the human brain have somewhat different functions. A traditional view of hemispheric organization asserts that there are independent and largely lateralized domain-specific visual regions in ventral occipitotemporal, specialized, if not dedicated, and perhaps innate, for the recognition of distinct classes of objects such as words and faces. In this talk, I will offer an alternative account of the organization of the hemispheres. I will present an account of interactive and graded organization of both within- and between-hemisphere organization. The crux of the account is that mature hemispheric organization emerges from a competitive and collaborative dynamic in which in right-handers, during the acquisition of literacy, word recognition comes to be co-localized with language lateralization in the left hemisphere. Consequently, face recognition is shifted, albeit not entirely, to the right hemisphere. Behavioral and imaging data from adults and over development will provide evidence to support this hypothesis of graded asymmetry.
Last, I will show that this pattern of organization is malleable and that, in children who have had a unilateral posterior cortical resection, the preserved hemisphere can subserve both word and face recognition. Together, these findings support a dynamic interactive process by which hemispheric organization emerges and unfolds with experience.