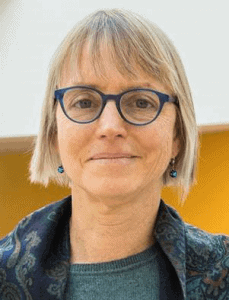 The last twenty years of fMRI research have given us a new sketch of the human mind, in the form of the dozens of cortical regions that have now been identified, many with remarkably specific functions. I will describe several ongoing lines of work in my lab on cortical regions engaged in perceiving social interactions, understanding the physical world, and perceiving music. After presenting various findings that use pattern analysis (MVPA), I will also raise caveats about this method, which can both fail to reveal information that we know is present in a given region, and which can also reveal information that is likely epiphenomenal. I’ll argue that  human cognitive neuroscience would greatly benefit from the invention of new tools to address these challenges.

My research uses fMRI and other methods to try to discover the functional organization of the brain as a window into the architecture of the human mind. My early forays in this work focused on high-level visual cortex, where my students and I developed the methods to test the functional profile of regions in the ventral visual pathway specialized for the perception of face, places, bodies, and words. The selectivity of these regions is now widely replicated, and ongoing work  in my lab and many other labs is now asking what exactly is represented and computed in each of these regions, how they arise both developmentally and evolutionarily, how they are structurally connected to each other and the rest of the brain, what the causal role of each is in behavior and perceptual awareness, and why, from a computational point of view, we have functional selectivity in the brain in the first place.

My career would quite simply never have happened without the great gift of fabulous mentors. Molly Potter fought to have me accepted to graduate school (from the bottom of the waiting list), and, against all reason, did not give up on me even when I dropped out of grad school three times to try to become a journalist.  Then after a diversionary postdoc in international security,  Anne Treisman gave me an incredible second chance in vision research as a postdoc in her lab, despite my scanty list of publications. Later in my own lab, my luck came in the form of spectacular mentees. I have had the enormous privilege and delight of working with many of the most brilliant young scientists in my field.

I think we scientists have an obligation to share the cool results of our work with the public (who pays for it). My latest effort in this direction is my growing collection of short lectures about human cognitive neuroscience for lay and undergraduate audiences: nancysbraintalks.mit.edu.