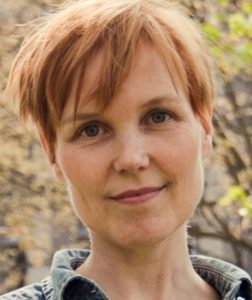 Principal Investigator at the Center for Cognitive Neuroimaging, Donders Institute for Brain, Cognition and Behavior, Radboud University, Nijmegen, the Netherlands

Uncertainty and optimization in human vision

We tend to trust our eyes, believing them to be reliable purveyors of information about our visual environment. In truth, however, the signals they produce from moment to moment are noisy and incomplete. How do we ‘decide’ what we see based on such limited and uncertain information? In this talk, I will present theoretical as well as experimental work to address this question. I will first discuss a computational model of predictive neural coding. The model suggests that the visual system may use top-down interactions between areas to reduce the degree of uncertainty in its perceptual representations. I will then present experimental findings on top-down attention and perceptual learning, and show that these processes reduce the uncertainty in the representation of stimulus features in visual cortex. Finally, I will present recent neuroimaging results indicating that the degree of uncertainty in cortical representations can be characterized on a trial-by-trial basis. This work shows that the fidelity of visual representations can be directly linked to the observer’s perceptual decisions.

Janneke F.M. Jehee is a tenured Principal Investigator at the Center for Cognitive Neuroimaging, Donders Institute for Brain, Cognition and Behavior, Nijmegen, the Netherlands, where she directs the Visual Computation & Neuroimaging group. She received her Ph.D. in Psychology from the University of Amsterdam under the direction of Victor Lamme. She then moved on to postdoctoral work, first in computational neuroscience at the University of Rochester with Dana Ballard, and then in fMRI research at Vanderbilt University with Frank Tong. Dr. Jehee’s work has been supported by numerous grants and fellowships, including from the Netherlands Organization for Scientific Research and the European Research Council.

Dr. Jehee works on the fundamental problem of understanding how the brain represents the visual properties of the environment. Her contributions have used multiple approaches, including computational modeling, psychophysical experimentation and fMRI, to study the interaction between the bottom-up encoding of stimulus features and top-down influences, such as predictability, attention, and learning. She has developed a series of innovative and rigorous computational models of neural coding, and tested those models against data from single neurons and fMRI, as well as psychophysical observations. In her early work, which was focused on predictive neural coding, she developed models showing that predictive feedback could account for aspects of the tuning properties of cortical neurons, as well as the temporal response properties of neurons in the lateral geniculate nucleus. She also contributed to the development of a neural model of temporal coding based on timed circuits in the gamma frequency range.

In her fMRI research, Dr. Jehee has conducted important studies that have shed light on the neural mechanisms of spatial and feature-based attention, and the impact of perceptual learning on early visual cortical representations. In collaboration with her students and colleagues at the Donders Institute, she tackled an important conundrum regarding predictive neural coding, namely, why neural signals for predictable stimuli are typically suppressed relative to those for novel stimuli, while neural signals for attended stimuli are often enhanced. Jehee showed that while the strength of signals representing highly predictable stimuli may be suppressed, the precision of the neural representation of these stimuli is improved.

In more recent, ground-breaking work, Jehee and her lab developed a new technique that can estimate the neural uncertainty of visuocortical representations of stimuli on a moment-to-moment basis, directly linking neural uncertainty to perceptual decisions of the observer.

In addition to these stellar research accomplishments, Dr. Jehee has participated in the training of many graduate students and postdoctoral fellows, who attest to her creativity, courage and unwavering dedication and devotion to both the work and to the students she is training.

The 2017 Young Investigator Awards
are sponsored by