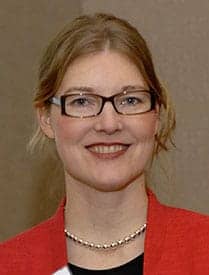 When you touch objects in your surroundings, you can discern each item’s physical properties from the rich array of haptic cues that you feel, including both the tactile sensations in your skin and the kinesthetic cues from your muscles and joints. Although physical interaction with the world is at the core of human experience, very few robotic and computer interfaces provide the user with high-fidelity touch feedback, limiting their intuitiveness. By way of two detailed examples, this talk will describe the approach of haptography, which uses biomimetic sensors and signal processing to capture tactile sensations, plus novel algorithms and actuation systems to display realistic touch cues to the user. First, we invented a novel way to map deformations and vibrations sensed by a robotic fingertip to the actuation of a fingertip tactile display in real time. We then demonstrated the striking utility of such cues in a simulated tissue palpation task through integration with a da Vinci surgical robot. Second, we created the world’s most realistic haptic virtual surfaces by recording and modeling what a user feels when touching real objects with an instrumented stylus. The perceptual effects of displaying the resulting data-driven friction forces, tapping transients, and texture vibrations were quantified by having users compare the original surfaces to their virtual versions. While much work remains to be done, we are starting to see the tantalizing potential of systems that leverage tactile cues to allow a user to interact with distant or virtual environments as though they were real and within reach.

Katherine J. Kuchenbecker is Director of the new Haptic Intelligence Department at the Max Planck Institute for Intelligent Systems in Stuttgart, Germany. She is currently on leave from her appointment as Associate Professor of Mechanical Engineering and Applied Mechanics at the University of Pennsylvania, where she held the Class of 1940 Bicentennial Endowed Term Chair and a secondary appointment in Computer and Information Science. Kuchenbecker earned a PhD (2006) in Mechanical Engineering at Stanford University and was a postdoctoral fellow at the Johns Hopkins University before joining the faculty at Penn in 2007. Her research centers on haptic interfaces, which enable a user to touch virtual and distant objects as though they were real and within reach, as well as haptic sensing systems, which allow robots to physically interact with and feel real objects. She delivered a widely viewed TEDYouth talk on haptics in 2012, and she has received several honors including a 2009 NSF CAREER Award, the 2012 IEEE Robotics and Automation Society Academic Early Career Award, a 2014 Penn Lindback Award for Distinguished Teaching, and many best paper and best demonstration awards.

The 2017 Keynote is sponsored by