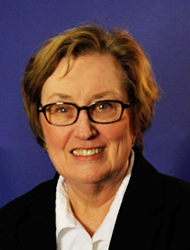 Suzanne began her scientific career at UC Berkeley, and has spent much of her research career at Smith-Kettlewell Eye Research Institute.

Suzanne has been a hugely influential figure in vision science, and is one of a small group of researchers who laid the foundations of modern visual psychophysics. She has worked on many aspects of vision, and is responsible for a remarkably varied array of important scientific contributions in the fields of motion perception, binocular vision, color perception, amblyopia, and visual search. She has made a series of seminal and thought provoking discoveries in these areas that have challenged existing theories. Her early work on spatial vision centered on the visual hyperacuities, where the challenge was to explain how resolution limits for vernier and stereo offsets could dramatically exceed the sampling limits imposed by the retina. Suzanne has made many fundamental contributions to understanding the stereo matching problem as well as insight into the role of binocular vision in amblyopia. Her work is notable for its clear and innovative conception, quality of execution, and care of interpretation.

Suzanne’s impact on the field has been profound, both directly through her work, but also indirectly through her mentorship. Like Davida Teller, she was a trail-blazer at a time when few women worked in vision science, overcoming many of the obstacles common in that era. Along the way, Suzanne inspired generations of both men and women to follow in her footsteps. In the course of her career, Suzanne has worked with a variety of students, post-docs, and colleagues, and those who have worked with her are extraordinarily grateful for her generosity, guidance, wisdom, and encouragement. VSS would like to thank Suzanne for her contributions to vision science.