VSS board members David Brainard and Michael Webster will be stepping down this year. Four candidates, selected by an independent Nominating Committee, will compete in pairs for the two open positions.

To vote, please Log in to your MyVSS Account and go to the 2021 Board of Directors Election section. 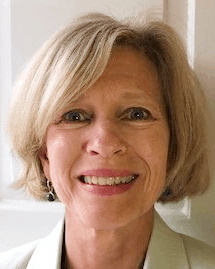 Anya Hurlbert is Professor of Visual Neuroscience and Dean of Advancement at Newcastle University in England. She studied Physics as an undergraduate at Princeton University and Physiology for an MA at Cambridge University as a Marshall Scholar. There she was inspired by the traditional and Marrian approaches to vision and subsequently took up computational vision for her PhD research with Tommy Poggio in Brain and Cognitive Sciences at MIT. She earned an MD from Harvard Medical School, before doing postdoctoral research as a Wellcome Trust Vision Research Fellow at Oxford University. In 1991, she moved to Newcastle University, where she co-founded the Institute of Neuroscience in 2003, serving as its co-Director until 2014.

Hurlbert’s research focuses on colour perception and its role in visual cognition, with an emphasis on understanding colour constancy through computational models and psychophysics, and the links between colour, illumination and affect. Her research interests in applied areas include digital image processing and lighting, machine learning for biomedical image analysis, and the interplay between vision science and art. She actively promotes public engagement with science, through multiple programmes and exhibitions, and devised an interactive installation at the National Gallery, London, for its 2014 summer exhibition Making Colour.

Hurlbert has substantial experience of conference organising, including stand-alone colour vision conferences, and symposia within ECVP, the British Association Annual Festival of Science, and other conferences. She has regularly attended VSS since its inception, acted as abstract reviewer since 2010, and served twice on the Young Scientist Award Committee. She is former Chair of the Colour Group (GB), member of the Visiting Committee for Brain and Cognitive Sciences at MIT and Scientist Trustee of the National Gallery (London), and currently an editorial board member of Current Biology and Journal of Vision and member of the Scientific Consultative Group of the National Gallery and the Optoelectronics Committee of the Rank Prize Funds. 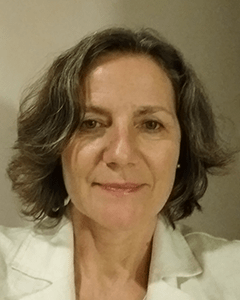 Sophie has served on the VSS Abstract Review Board for many years and more recently on the Young Investigator Award committee, as well. She was one of the organisers of ECVP (European Conference of Visual Perception 2015) at Liverpool and is an active member of the Colour Group UK, the Applied Vision Association (UK), and the Women-in-Vision UK group. She has been involved in numerous science outreach activities including the Tate Gallery at Liverpool, which included a large-scale experiment in the COLOUR CHART: REINVENTING COLOUR, 1950 TO TODAY exhibition.
. 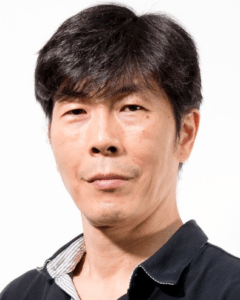 Shin’ya Nishida is a Professor at the Graduate School of Informatics, Kyoto University, Japan, and Visiting Senior Distinguished Scientist at NTT Communication Science Laboratories, Japan. He received B.A, M.A., and Ph.D in Psychology from Kyoto University. His research focuses on visual motion perception, material perception, time perception, haptics, and multisensory integration. He is also interested in leveraging vision science for innovation of media technologies. He was/is on the editorial boards of Journal of Vision (from 2007), Vision Research (from 2008 to 2017), and Multisensory Research (from 2017). He was President of Vision Society of Japan (from 2014 to 2018), and is Member of Science Council of Japan (from 2017). He served as Rank Prize Lecturer at European Conference on Visual Perception 2017. 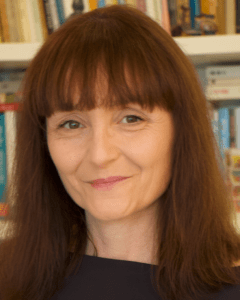 Galit Yovel is a Professor of Psychology in the School of Psychological Sciences and the Sagol School of Neuroscience at Tel Aviv University. Her research concerns the cognitive and neural mechanisms of person recognition. Her lab has employed multiple techniques including fMRI, EEG, TMS (separately and simultaneously), various behavioral paradigms, Eye Tracking, and recently also Virtual Reality and computational modelling with deep neural networks. Her work goes beyond the study of faces and has also examined the roles of body and motion in person recognition. In recent years, her research has also highlighted the critical contribution of conceptual and social processes to person recognition.

Galit received her BA degree in Psychology and Philosophy from Tel Aviv University. She completed her MA and PhD studies in Psychology at the University of Chicago under the supervision of Jerre Levy and Ken Paller (Northwestern University). She then joined the laboratory of Nancy Kanwisher in the department of Brain and Cognitive Science at MIT as a post-doctoral associate, where she used functional MRI to study the neural mechanisms of face perception. In 2005, she joined the School of Psychological Sciences at Tel Aviv University as a faculty member. At Tel Aviv University, she was the head of the MRI center (2015-2017) and is currently the head of the School of Psychological Sciences (2017-2021). Galit presented her work in VSS annually since 2004 and is serving on the VSS Abstract Review Board and the YIA committee.

April 20, 2021
Board of Directors Election Closes