VSS board members Lynne Kiorpes and Jeffrey Schall will be stepping down this year. Four candidates, selected by an independent Nominating Committee, will compete in pairs for the two open positions.

To vote, please Log in to your MyVSS Account and go to the 2020 Board of Directors Election section. 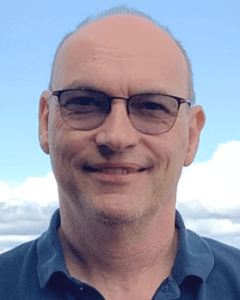 Geoff Boynton is a Professor of Psychology at the University of Washington and directs the new Human Neuroimaging Center at UW’s College of Arts and Sciences. He has maintained an ongoing interest on the effects of visual attention on behavior and fMRI signals in the human visual cortex. Other research interests include ensemble encoding, reading and dyslexia, the statistical properties of the fMRI signal, and work on computational models for visual prosthetics.

Dr. Boynton received a PhD in Cognitive Science in 1994 under the supervision of John Foley at U.C. Santa Barbara after obtaining a degree in Mathematics at U.C. San Diego (1987) and a Master’s degree (1989) in Mathematics at U.C. Santa Barbara. He then worked as a postdoc with Dr. David Heeger at Stanford University where he did his early work with fMRI. In 1998 he took a position as a faculty member in Systems Neuroscience at the Salk Institute in La Jolla until 2008 when he joined Ione Fine and Scott Murray to form the venerable Vision and Cognition group in the Psychology Department at the University of Washington.

Dr. Boynton served as an editor for Vision Research from 2005 – 2015, serves an editor for the Journal of Vision from 2007 to the present, and has served as a permanent and adhoc member of various NIH study sections, including CVP. He has a deep interest in mentorship and teaching, and has been a co-organizer of the Cold Spring Harbor summer course on Computational Neuroscience: Vision since 2008. In 2009 he was elected as a member of the Society for Experimental Psychologists. 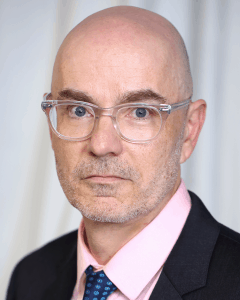 Rich Krauzlis is a Senior Investigator in the Laboratory of Sensorimotor Research and Chief of the section on Eye Movements and Visual Selection in the National Eye Institute at NIH. He also holds a Joint Appointment in the National Institute on Drug Abuse, and an Adjunct Professor position at the Salk Institute in La Jolla, California. Rich’s science has focused on eye movements and visual attention, and includes electrophysiological studies of the superior colliculus, cerebellum, basal ganglia and cerebral cortex, psychophysical studies of visual motion perception and visual attention, and computational modeling. His recent work in monkeys and mice has examined the interactions between cortical and subcortical brain regions during visual selective attention and perceptual decision-making.

Rich is originally from New Jersey (exit 13) and earned his undergraduate degree in Biology from Princeton University and doctorate in Neuroscience from UC San Francisco working with Steve Lisberger. After postdoctoral training with Fred Miles and Bob Wurtz at the National Eye Institute, he joined the faculty of the Salk Institute in 1997 and returned to the National Eye Institute in 2011.
Rich currently serves on the Editorial Boards for Journal of Vision and Annual Review of Vision Science, is a co-chair for the Gordon Research Conference on Eye Movements, and a member of the VSS Abstract Review Committee; he was also a Senior Editor for Vision Research. He has served on numerous grant review panels, was a member of the Admissions Committee and Executive Committee in the UCSD Neurosciences Department, served as a chair of the International Workshop on Visual Attention, and has authored several review articles on eye movements and visual attention, including the chapter ‘Eye Movements’ in the graduate textbook Fundamental Neuroscience. His work has been recognized through several awards, including McKnight Scholar and Technological Innovation awards. 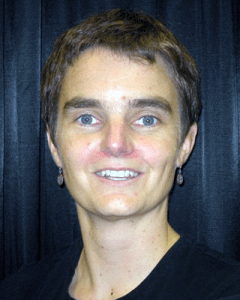 Rowan Candy is a Professor of Optometry and Vision Science at Indiana University. She is also an Adjunct Professor of Psychological & Brain Sciences and a member of both the Neuroscience and Cognitive Science programs there. She completed her original clinical training in Optometry at Cardiff University in Wales. She then entered clinical practice for two years before undertaking her PhD in Vision Science at the University of California, Berkeley. During this graduate training she applied ideal observer and EEG approaches to understanding the retinal immaturities of the human infant. She then completed a post-doc at the Smith-Kettewell Eye Research Institute, using EEG approaches to study processing in the visual cortex of young infants. Since taking up her faculty position at Indiana University she has focused her research program on understanding the role of ocular motor performance in the visual experience of infants and young children. Her work is motivated by questions in both typical and atypical human visual development, particularly in the development of binocular function. It chiefly incorporates photorefraction and video-based eye tracking approaches. This work has been funded by the National Eye Institute continuously since 2003.

Rowan is a fellow of ARVO and has been attending VSS since its foundation.  She has served on the Abstract Review committee, the Young Investigator Award committee and the NEI Travel Award committee for VSS.  She is currently an editorial board member for IOVS and the Annual Review of Vision Science. 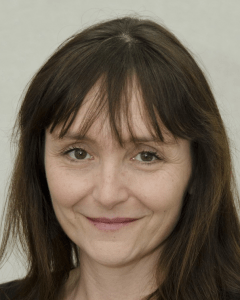 Galit Yovel is a Professor of Psychology in the School of Psychological Sciences and the Sagol School of Neuroscience at Tel Aviv University. Her research concerns the cognitive and neural mechanisms of person recognition. Her lab has employed multiple techniques including fMRI, EEG, TMS (separately and simultaneously), various behavioral paradigms, Eye Tracking, and recently also Virtual Reality and computational modelling with deep neural networks. Her work goes beyond the study of faces and has also examined the roles of body and motion in person recognition. In recent years, her research has also highlighted the critical contribution of conceptual and social processes to person recognition.
Galit received her BA degree in Psychology and Philosophy from Tel Aviv University. She completed her MA and PhD studies in Psychology at the University of Chicago under the supervision of Jerre Levy and Ken Paller (Northwestern University). She then joined the laboratory of Nancy Kanwisher in the department of Brain and Cognitive Science at MIT as a post-doctoral associate, where she used functional MRI to study the neural mechanisms of face perception. In 2005, she joined the School of Psychological Sciences at Tel Aviv University as a faculty member. At Tel Aviv University, she was the head of the MRI center (2015-2017) and is currently the head of the School of Psychological Sciences (2017-2021). Galit presented her work in VSS annually since 2004 and has recently joined the VSS Abstract Review Board.

Chat with us!
Agent Online


We make it simple and seamless for businesses and people to talk to each other. Ask us anything