VSS board members Eli Brenner and Jeremy Wolfe will be stepping down this year. Four candidates, selected by an independent Nominating Committee, will compete in pairs for the two open positions. The voting pairs are set by the committee to ensure that specific expertise is represented on the Board of Directors. 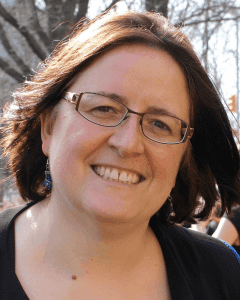 Jody Culham is a Professor of Psychology and member of the Brain and Mind Institute and Neuroscience Program at the University of Western Ontario (also known as Western University) in London, Canada.  Her research investigates how vision is used for object perception and to guide actions such as grasping, reaching, and tool use. Her lab employs a range of techniques including functional magnetic resonance imaging (fMRI), psychophysics, behavioral kinematics, and neuropsychology.  Her research has pushed the limits to enable the study of real actions and real objects using fMRI. Her latest interests involve applying virtual reality and other immersive approaches to the study of perception and action. Her work has been funded by the Natural Sciences and Engineering Research Council of Canada (including a Steacie Fellowship), the Canadian Institutes of Health Research, and the Canadian Foundation for Innovation

Culham began learning vision science as an undergraduate at the University of Calgary in the labs of Donald Kline and Jane Raymond. She received her PhD from the Harvard Vision Lab, where she conducted psychophysical and fMRI studies of motion and attention with Patrick Cavanagh and Nancy Kanwisher. She then became a postdoctoral fellow at the University of Western Ontario with Mel Goodale, where she began to apply fMRI to the study of hand actions.

Culham has been a regular attendee of VSS since its inception and has served as an abstract reviewer and Young Investigator Award panel member. She has also been active in service roles with the Organization for Human Brain Mapping (Secretary), the International Neuropsychological Symposium (Representative), the Canadian Action and Perception Network (CAPnet; Director), and the journal eLife (Editorial Board). She is active in teaching human neuroimaging through her web site www.fmri4newbies.com and is currently coauthoring a textbook on fMRI. 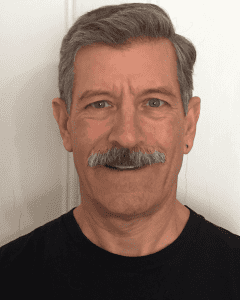 Michael Landy is a Professor of Psychology and Neural Science at New York University. He obtained the Ph.D. degree in Computer and Communication Sciences from the University of Michigan in 1981, working with John Holland. He then worked for George Sperling at NYU for three years as both programmer and postdoc, before becoming faculty in 1984. At NYU, he has served as Coordinator of the Ph.D. Program in Cognition & Perception off and on for over 20 years. He has been a senior editor for Vision Research and on the editorial boards of Visual Neuroscience, Multisensory Research and, currently, Journal of Vision.

He is an author of some 120+ papers and chapters, and co-editor of 3 edited collections. He has worked in a wide variety of research areas including sensory cue integration (including multisensory work involving vision, touch, proprioception and audition), perception of depth, surface material properties and texture, perceptual decision-making and visual control of movement (reaching and saccades). Much of this work involves empirical behavioral work coupled with computational models, including both ideal-observer, Bayesian models as well as sub-optimal heuristic models of human performance. Recent theoretical contributions include new models of reaction time in discrimination experiments and of cortical adaptation. 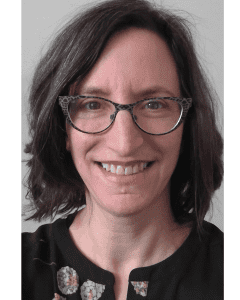 Ruth Rosenholtz is a Principal Research Scientist in the Department of Brain & Cognitive Sciences at the Massachusetts Institute of Technology. She studies a wide range of visual phenomena, using a mix of behavioral methods and computational modeling. Her main research topics include (1) attention and visual search, (2) perceptual organization, and (3) peripheral vision.

Upon completing her undergraduate degree at Swarthmore College, Ruth received her M.S. and Ph.D. degrees from the University of California at Berkeley, working with Jitendra Malik on shape-from-texture. She was a postdoc at Utrecht University with Jan Koenderink, and then at NASA Ames with Andrew Watson, before joining Xerox PARC as a research scientist. Ruth has been at MIT since 2003, where she is also a member of MIT’s Computer Science and AI Lab (CSAIL). Her funding sources include NSF, NIH, and Toyota. 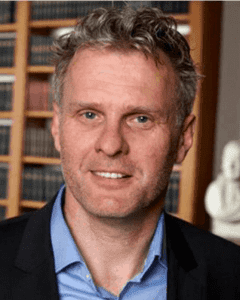 Jan Theeuwes is professor of Cognitive Psychology at the Vrije Universiteit Amsterdam (VU) and the department head of the Experimental and Applied Psychology (EAP) group.  He is also the director of the Institute for Brain and Behavior Amsterdam (iBBA).

The focus of Theeuwes’ research is broad.  He is interested in acquiring fundamental knowledge of wide array of topics including perception, attention, learning, memory and emotion using several different methods, such as behavior (RT measurement), eye tracking, functional MRI, psychophysiological recordings (e.g., ERP/EEG), patient work and modeling. He published papers on attentional and oculomotor capture, working memory, multimodal integration, remapping, face perception, reward processing, visual search, emotion, unconscious processing, the attentional blink, learning, as well as papers on more applied subjects. He is most well-known for his research on attentional control specifically attentional capture.  Theeuwes’ work has been supported by several grants including two ERC advanced grants, the first  in 2012 on reward processing and the second in 2019 on statistical learning.

In 2010, he was elected into the Royal Dutch Academy of Science (KNAW).  He has served as  Associate Editor of Perception and Psychophysics and the Journal of Cognitive Psychology. He is currently on the Editorial Board of four scientific journals in the field of experimental psychology.  In 2012 he published a book called “Designing Safe Road Systems” with two colleagues (Taylor & Francis).  The book explains the human factors behind the design of safe road systems. In 2001 he was awarded the Bertelson Award in recognition of outstanding psychological research from the European Society for Cognitive Psychology (ESCOP). He served as the President of ESCOP 2016-2018. Additionally, he is one of the principal advisors of the Dutch Department of Transportation (Rijkswaterstaat) regarding road design and traffic signing.